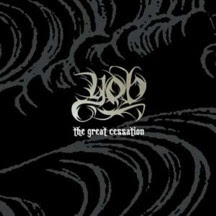 Man, it's been awhile since I've posted anything. I've been busy and honestly haven't been feelin' it! Now I'm ready to post some stuff again. For some reason, this song seems like a great way to get back in the groove.

The irony is that I wanted to post this one back in June and July haha. If there is one song that I'll associate with 2009, it is this one. I must've listened to this song about 10 times a day and each time I discovered something new about it. Yob is a band that produces incredibly heavy and powerful stoner/doom. Music that just pounds you into submission, but does it with such a sorrowful grace that you feel out of breath both from the shear beauty and the crushing heaviness. This song is no exception, with wall of sound heavily distorted guitars fitting like a glove around epic haunting vocal melodies that are grand, vast and full of such passion that you get goosebumps when they reach their peaks (specifically at around 8:50 and 9:20. At least I get them). This transitions perfectly into a long drawn out slab of phenomenally condemning music that crushes you with heavy heavy meaty distortion until you feel flattened by the weight. The twenty minute length may be intimidating, but this song flows so well that it doesn't feel lengthy. Every time the last blasts of noise faded into oblivion, I'd be amazed that such an amazing amount of time had passed. It's an impressive piece of heavy music.

Yob - The Great Cessation
Posted by boblovesmusic at 2:57:00 PM

Email ThisBlogThis!Share to TwitterShare to FacebookShare to Pinterest
Labels: Doom, stoner, US