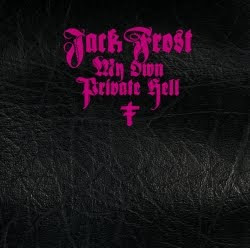 Jack Frost is a doom metal band hailing from Austria. What they do to John Denver's ballad is slow it down to doom speeds, meander between calm haunting verses to strangely comforting though crushing distorted choruses. Enough doom power to give it that nice crunch, but without overdoing it. The vocalist sounds like a slightly gothier Johnny Cash which fits quite nicely. It's kinda what you might expect of a doom "Jetplane." Can't say I've heard much by them other than this little novelty, but if this arrangement is any indication, the rest of their music must be awesome. Well, enjoy while I sleep on this plane!

Jack Frost - Leaving On A Jetplane
Posted by boblovesmusic at 3:18:00 AM 0 comments

MOTD - Musk Ox: The Soundtrack to A Dawn Walk In The Woods 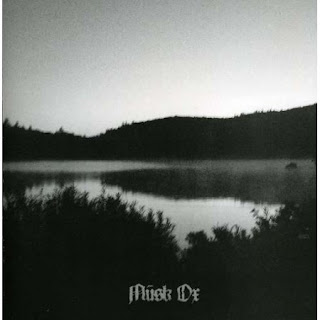 Last month I had the amazing opportunity of seeing the majestic and ethereal Agalloch perform their one of a kind atmospheric and earthly metal. This show was a magical and glorious experience, will easily be remembered as one of my favorite shows of 2011. The evening was made even more special by the openers who provided unique and exquisite performances that complimented the headliners and in some cases even enhanced the overall feeling. Musk Ox was one of those enhancers!

This one man acoustic neofolk project is proof that a nylon stringed guitar can convey the vast beauty of nature. Combining the natural feel of folk, the song structure of prog rock, the avant garde feel of post rock and the dark power of atmospheric metal, this is simply gorgeous and serenely intricate. Musk Ox provides the perfect soundtrack for walking in the woods on a brisk early spring dawn. The sun is just barely up and the birds are beginning their morning chirping as beautiful but haunting melodies and flowing passages softly rings through the stillness. While expansive in it's portraiture, Musk Ox is also very personal and intimate, like a close friend or companion, keeping you company. Well worth seeing live, the man behind this amazing sound is a very friendly and humble performer. I hope he'll make his way down to Boston again! Check it out!

MOTD - Def Leppard: They ain't Foolin' around! They're fuckin rockin'!

Writers block writers block please go away! I'd like to write more in my blog each and every day! (lol!)

So this coming Saturday I'm flying to London for a week long excursion. I'm totally stoked for this adventure, which includes a sound conference, a business trip to Newcastle, a bunch of metal shows, a royal wedding and who knows what. In honor of this trip, I'm posting one of my favorite British bands, the classic mighty one and only Def Leppard!

I've been on a Def Leppard kick for about a year now, ever since discovering that they're more than "Pour Some Sugar On Me." Def Leppard is a fuckin kick ass and damn catchy band (or at least their 80s stuff, haven't really dived into their 90s material). They truly mastered the art of mixing the power and kick of heavy metal with the epic anthemic qualities of pop/arena rock. Their choruses are so huge and awesome that it's impossible not to sing along, or at the very least get stuck on repeat in one's head. "Foolin'" from their classic album Pyromania is probably their strongest and most quintessential song, starting off as a slow and soft ballad that builds into a fist pumping, hugely irresistible, multi-layered vocal harmonied hard rock/heavy metal anthem. This version comes from a live recording from 1983 and god damn does it kick ass. Like the original, it kicks off with Steve Clark sitting the scene with an acoustic guitar before Joe Elliott comes in with his signature high pitched powerful rock voice. However here the band really explodes this little song into a bigger, speedier, more rockin anthem. I can only imagine the excited response of the audience, I know I would've been jumping and singing along at full volume! I'm definitely going to be seeing them this summer when they come around! I love grindcore. That raw and abrasive sound instantly grabs me whenever I listen to it. The grinding tone, the dirty feeling, the blasts of unrelenting beautiful noise. I love it all!

New York's Defeatist is easily one of my favorite grind bands out right now, and I would even argue that they're one of best and finest of the genre. Their brand of grindcore is so fuckin well done and they perform with such punch and balls, even those not into this style find an appreciation for them. This 3 dudes are masters of their instruments and yet are so in tune with one another that they create a smart and tight ferocity. The crusty, crunchy, chaotic riffs explode in your face, angry words are not yelled or screamed but expelled and spewed from bloody lungs, the drums are precision machine guns of interchanging rhythms. With an incredible production job, you can hear every element crisp and clear without sacrificing the raw and uncompromising. As a result, the highly intelligent and seemingly improvisational jazz band comes forth underneath the musical malice. Even more impressively, Defeatist rips and destroys on the stage. They are easily one of my favorite live bands, sounding so fuckin loud and powerful in the flesh. If you have a chance to see them live, do it! You will NOT be disappointed! And if you're looking for a band to book for your metal/hardcore show, they will easily be a highlight of your show!

Defeatist - Extinction Throne
Posted by boblovesmusic at 10:00:00 AM 0 comments