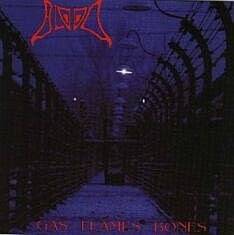 Well in true Wren fashion I found a song that best captures this feeling. A quick song entitled "2011" by German death/grind band, Blood. At some point, I'll give them a longer post for they rule. An awesome example of death/grind with low death metal vocals with grinding death metal riffs played in one to two minute bursts. For now this little gem will do just fine! Happy New Year everyone!