MOTD - A Wren: A Wren discovers A Wren 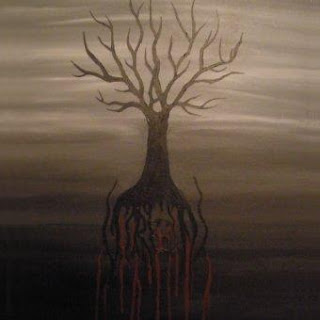 Somewhere in Saint Cloud, Minnesota, a fellow known solely as A recorded a few instrumental depressive black metal songs. This person decided to name his project A Wren. Meanwhile, a metalhead by the name of Wren was tooling around on the internet, specifically looking up metal related things. He stumbled upon the myspace of A Wren and was flabbergasted that anyone would decide to name their band/project after his given name, even more shocked that it was a black metal project. (Wren supposed that this black metal avocation might be nature based and thus a depressive black metal band named after a bird might not seem so strange). In either way, it intrigued him enough to download this free collection of songs.

Anyways, Wren discovered that this A Wren was pretty good. Nothing fancy nor life changing, definitely a run-in-a-mill depressive black metal with thin fuzzy guitars, simple homecooked production, long drawn out semi-monotonous riffs, almost ambient passages, a few blast beat sections thrown in. A Wren had enough melody and change in their/his music to keep Wren's ears occupied despite the long lengths of the songs, going from fast tremolo playing to a slower picking style to a constant strumming to epic almost galloping riffs. Repeated listens seemed to suffer from the monotony however. Wren felt confident that others would enjoy A Wren's music, though many might be bored by this delivery. "Well check it out" Wren says.